180° applies the same process used in Piano orbital to cinematic conventions and involves visual as well as aural rotations. A pianist (David Kaplan) suspended in midair, faithfully, but with great physical and mental effort, executes the score at what we presume to be a 180° rotation. The disorientation caused by the camera movementreinforces the incongruity of the musical performance. And yet, because all the conventions and decorum of a classical piano concert have been respected, and because the 180° rotation of the score retains traces of the original, we are in familiar territory.

As with many of Bernatchez’s works, 180° and Piano orbital began as a flash, a question, and then the establishment of a clearly delineated protocol, which, when taken to its logical conclusion, produces uncanny, unpredictable, poetic results that transcend their conceptual underpinnings. 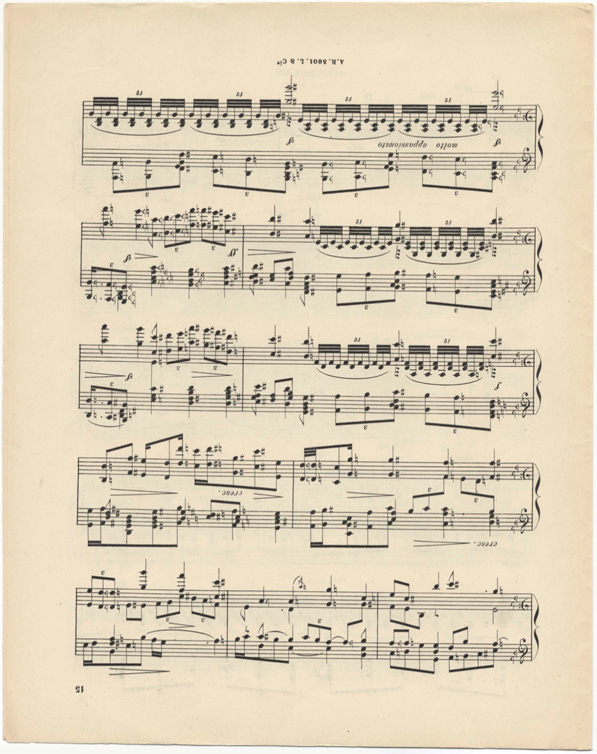